Zar Group, confident of the potential of its country and with the effective 30-year support of its founder, established its infrastructure in 1980 and in 1998, the company officially started working in this industry. Then, in 2003, semolina flour production lines were launched for the first time in Iran.

At the same time, with the development of flour factory, Zarmakaron factory was launched in 2005 and due to the increase in demand for quality products and reasonable prices compared to foreign competitors, it was able to gain an effective share in domestic markets, which itself revolutionized the Iranian pasta industry market. Was. Within 5 years, due to increasing market demand, production capacity increased tenfold and the lines improved significantly. In 2015, a fructose (liquid sugar) factory was established. The raw material of this product is corn and so far all gold products are based on grain processing.

Zar Macaron industry was launched in 2006. The high demands of the products and presenting them in a reasonable price comparing to other pasta factories led Zar Macaron to make a revolution in the industrial market of pasta in Iran.

Zar Group established the first grain-based knowledge refinery in the country in 1394 by relying on the ability and expertise of young human forces so as to implement development programs so Iran would achieve a more competent position in the world food industry and trade to separate corn sprout and supply The best ingredients and consequently providing the best corn sprout oil.

Zar Flour Group, using the best technologies, started its work in 1372 and was launched in 1377. Zar Flour Company is a leader in the field of production and utilization of semolina flour in the pasta industry.

Zar Fructose is one of the first and largest grain refineries in the country, which was launched in 1394. The refinery can now refine and supply the material of dozens of industrial units by processing thousands of tons of grain daily.

Noushin Saz is a huge project for processing wheat and biscuit products, sweets and chocolates, etc., and producing liquid sugar and it will be launched soon.

"Farhikhtegan-e Zarnam" Industrial Research Group with Zar Green brand in the field of agricultural products is one of the Zar Group companies.

Zarpakhsh is a group of Zarmakarun distribution companies that are represented in different provinces for customer access and share the profits of the sale with the parent company.

Iranian Zar Tarabar Transportation Company was established in 2011 by the private sector and Zar Group, with 50 heavy and semi-heavy vehicles with the aim of sending goods. Now, after a decade of activity, it ranked first in the road transport sector in Savojbolagh region and is a leader in the field of transportation industry by transporting more than 200,000 tons of goods annually. Zar Tarabar Company has become one of the leaders in the field of transportation by having skilled human force and benefiting from thousands of commercial trucks with all kinds of spare parts: refrigerators, insoles, canteens, semi-canteens, dump trucks, tents, tank trucks and ...

Zar Group has played a major role in entrepreneurship by creating value, following opportunities, taking risks and make various strategies. It has also taken a big step in growth via long-term cooperating with related industries.

Zar Group has established a stable supply chain and completed the production cycle through rail transportation. The group also plays an important role in production by establishing a center for growth and innovation and participating in research and national activities. 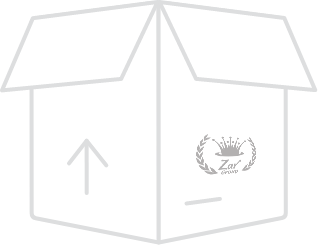 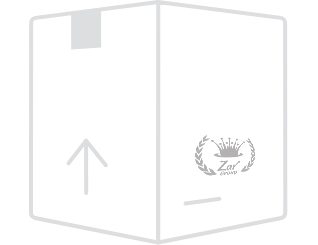 From farm to your dining table

Zar Group's exclusive distribution system has access to the most important areas of international trade and plays the role of a dry port. Have access to railways and freeways and customs are unique features of this system.

Zar Group has participated in social activities such as providing packages to Jazmurian children, producing PKU products for phenylketonuria patients, water revitalization plan and biogas production plan to improve the quality of life of the community. Zar group considers serving the poor and protecting the environment a duty.

We Are One Campaign

According to statistics provided by international organizations, the number of people who die of hunger in the world and daily are more than the number ...

The butterflies effect of Zarmacaron

In order to induce a good mood and spread happiness in the society, Zar Group implemented the "Gold Butterfly" quest in Zarmacaron digital space and ...

Zar Group, in order to induce good mood and spread happiness in the society, launched the "Gold Butterfly" scan in Zarmacaron digital space and social ...

Zar Macaroni Company is currently the largest Iranian exporter of pasta and has the first rank in the country's pasta industry and was able to ...

The presence of gold macaroni in the Sulaimaniyah exhibition in Iraq

The second exclusive exhibition of the Islamic Republic of Iran in Sulaimaniyah, Iraq, is being held from July 1 to 5, 1400 at the Sulaimaniyah ...

Receive plaques and statues of the top companies in the field of ...

Food security is concerned with the health and well-being of food in order to prevent foodborne diseases.